The release of Cyberpunk 2077 has been anticipated for nearly ten years and its debut in December 2020 created a huge stir for many reasons.

Though it was made available on multiple platforms to make it more accessible, players quickly discovered that the role-playing video game is full of glitches and overall poor performance.

News about the bugs spread quickly and stocks in the Polish production company, CD Projekt Red, plummeted 29% in the 24 hours after the game’s release.

On January 28, Elon Musk tweeted that “the esthetics of cyberpunk are incredible,” and stocks increased somewhat in response, but not enough to make up for the losses.

Investors have filed a class action lawsuit, wanting to recoup losses they claimed were the result of misleading statements. CD Projekt Red had a stellar reputation after the release of Witcher 3 in 2015, but has drawn criticism since their latest game.

In anonymous interviews, developers revealed that many errors were discovered during production but never fixed because of the fast-approaching deadline that had already been delayed several times.

In addition to the numerous glitches and monetary damages, Cyberpunk 2077 also drew heat from some fans for being overtly sexist and a few even say the game “hates women.”

One commentator wrote that the game is transphobic, due to questionable marketing tactics and dismissive statements from the game’s official Twitter account, and racist due to stereotyped, hyper-personified characters.

Despite these flaws, the game has positive features and ventures into a new world of technology. The game’s aesthetic and highly customizable main characters have attracted players who normally avoid first-person games. South African game reviewer Edward Swardt even called the open world “outstandingly immersive and alive.”

Fans of the game can be found in Montevallo as well.

James Echols, a senior theatre major, gave an optimistic review without dismissing the glitches. “I really think it’s an incredible game that got shoved out too soon,” he said.

“It balances main story quests that feel pressing with meaningful side missions. The glitches are primarily aesthetic,” said Echols. “But when they’re in a game that tries so hard for visual realism, they can stick out.”

He went on to describe some of the glitches he encountered, including his character getting stuck in a wall, and that the game crashed on multiple occasions. He concluded by saying, “People wanted the game now with no more delays, so they got it. Glitches and all.”

She praised the character development and how interactions between characters shape the storyline, referring to the characters as “feel[ing] like real fleshed out people who sometimes get on your nerves and sometimes are absolutely endearing.”

She said that her experience playing Skyrim meant the glitches in Cyberpunk 2077 did not bother her much from an aesthetic perspective but affected the immersion from a more physical perspective.

“I’m someone who struggles with headache and motion sickness during first person games,” said Fulbright. “And there’s nothing about disembodied hands and swiveling blurry views that immerses me.”

She also echoed sentiments of other players who commented on the limitations regarding genders and sexualities of characters.

“They really delivered for the straight guys out there but left some scraps behind for LGBTQ individuals and heterosexual women,” said Fulbright.

These aspects, combined with what Washington Post reporter Elise Favis called, “uncomfortable moments…where women, both cis and trans, are demeaned for arbitrary reasons that never fold into the main narrative,” add to what one reviewer called “the most aggressively masculine game I’ve ever played.”

Developers are continuing to work on fixing the glitches, prioritizing them before focusing on the planned additions, though the patches have come with problems of their own.

In an official release, CD Projekt Red said they are “committed to fixing bugs and crashes and will continue to work and improve the game via future updates.” 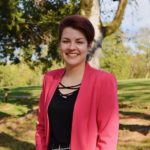