When I saw the flyer for “Septic: a devised theatre production,” my first reaction was confusion. Septic? How do you write a play about a sewer system?

I am still confused.

The play is about the raw sewage issues in Lowndes County, Alabama, which has garnered the attention of organizations such as the Equal Justice Initiative and even the United Nations.

In 2016, the Equal Justice Initiative published an article titled “The Plight of the Poor,” which covered how the elected officials “criminally prosecuted poor families because they lacked the money to install new septic systems.”

I spoke to Michael Walker, who directed the production, and he explained that several students had personal experience with the issues in Lowndes County, but “didn’t necessarily want that to be the focus of the work.” I can understand not wanting your own experience to be the focal point of a production, but the presentation of the issue made it seem like no one involved had an inside view.

The answer is not found in the show. Actually, no answers are found in the show. It isn’t clear why they decided to personify sewage, why they continued to play upbeat music during serious scenes, thus confusing the audience as to which emotions they’re actually supposed to feel, or why, at one point, an actor waved a money bag over the audience, asking, “Any poor people here?” effectively mocking a county with a 26% poverty rate and a median yearly household income of $30,000.

Did I find that joke funny? Yes. But I’m not poor. I’ve never wondered where my next meal was coming from. I’ve never been homeless. I’ve never dealt with raw sewage. Satirical author Alexandra Erin once said, “If the person on the gallows makes a grim joke, that’s gallows humor. If someone in the crowd makes a joke, that’s part of the execution.” I don’t get to make the decisions about which jokes are told, if the punchline is an insult that doesn’t affect me.

Speaking of jokes, there were many instances where the serious issue of raw sewage was turned into a joke. This, too, was insensitive and inappropriate. One scene featured a stereotypical nuclear family that felt like it was set in the 1950s due to the music, costumes and generally sexist atmosphere. It was unclear why Lowndes County was portrayed this way or if the scene was even supposed to be set in the ‘50s. A hand puppet resembling a snake emerged from the refrigerator. One character mentioned slime, but it was unclear if the puppet was representing slime. The snake then screamed at the couple, who screamed and ran away. The audience responded with laughter, which seemed to be the intent of the scene. However, I fail to see how jokes about slime seeping from fridges due to unmanaged septic systems are appropriate.

The ending of the play was unsatisfactory. While I understand leaving the issue open-ended because it remains an issue for the residents of Lowndes County, there was no call to action, no explanation for how to get involved. No actual information was presented at all. I went in knowing almost nothing about Lowndes County and I came out none the wiser.

It is not my intention to discourage the students who poured a lot of work into the show. I’m not asking for students to stay away from socio-political issues and remain within the constraints of family-friendly shows. But I am asking that next time the theatre department creates a devised production, they choose an issue they actually empathize with in order to portray the actual people involved with the respect they deserve.

Artistic expression does not matter when addressing pressing socio-political issues. People’s lives are not open for interpretation.

The people of Lowndes County deserve actual help, not a show whose focus was the personification of feces.

Helping is complicated, because donations do very little and volunteering isn’t an option. However, there are a few organizations dedicated to raising awareness and putting pressure on legislators to create policy changes. You can read more about their efforts at www.creej.org. 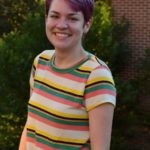 America’s labor shortage and the…