Calls for unity have dominated the political world for the last few weeks, peaking after Joe Biden’s inauguration. Both sides of the political spectrum have something to say for unity, but at the end of the day, the concept of unity will change for each party. Republicans believe unity means Democrats have to consider and accept outlandish ideas and conspiracy theories that have been consistently supported by the likes of Rep. Marjorie Taylor Green and other Republican officials. Democrats look towards unity as addressing the current crises that face America, together on a united front.

Republicans have taken President Biden’s calls for unity out of context. He has set the tone of his presidency to unite the country to move past the previous president’s four years of chaos and turmoil, not to unite under feckless bipartisanship with the Republicans. In his inauguration speech, Biden did not say he was going to cater to the wants and desires of the Republican party. Instead, he addressed the “attack on democracy and on truth” and the multiple crises we face as Americans: “A raging virus…Growing inequity…The sting of systemic racism…[and] A climate in crisis.”

Unity will not come from submitting to either party. It comes from passing common-sense legislation, regardless of bipartisan support, so that we may finally address the most pressing issues of our country. Biden himself said, “if you pass a piece of legislation that breaks down on party lines, but it gets passed, it doesn’t mean there wasn’t unity; it just means it wasn’t bipartisan.”

While politicians speculate on what unity looks like, we cannot forget that whatever shape it takes, it will not exist without accountability. Those who were involved in the Capitol insurrection and those who promoted, and continue to encourage, the lies that Biden lost the election must be held accountable. Trump must be impeached, and the eight senators and 139 House Representatives who voted to overturn the election must be held accountable.

We cannot continue to talk about this country’s future when there are people in our government who believe in conspiracy theories like Q-Anon or support the execution of the Speaker of the House, Nancy Pelosi. How are we supposed to ‘unite’ with a party that is represented this way? A party that has politicized a pandemic, and has contributed to the loss of 400,000 Americans, is a party you cannot unite with.

If you were to rob a bank, you couldn’t just say sorry and give the money back. You would still be arrested and face the consequences. You are held accountable, and the same should go for our country. Trump and other Republicans cannot take back their actions and words. Their rhetoric has resulted in real consequences of people dying and our system of government weakening. Without accountability, hate and misinformation will continue to strain the foundations of our nation until it ultimately collapses.

However, in the end, unity will always be evoked by politicians to appeal to the public. To be cynical, it is often a half-empty promise. Nevertheless, it is a useful reminder that there has never been true unity in our country. We may have shown to be a united front in times of crisis, but we will always be a disconnected state. Until we address the inequalities and inequities of our country, until we address the disease of greed and money that plagues our political system, and until we address the historical accountability needed for our nation, we will never have unity.

OP-ED: Wake Up Alabama…We’re Getting…

Letter from the editor

Why Scalpers are bad for… 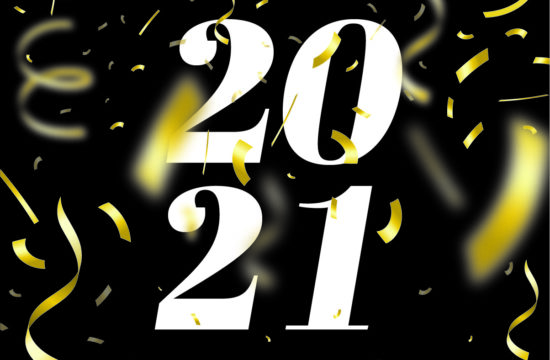 OP-ED: Why America First is…

Why most Netflix holiday specials…

How working in retail gave…