The opening ceremony for the Walden Studio, inspired by the naturalistic Thoreau Cabin and part of Founder’s Day, occurred at the university lake on Oct. 14.

Starting on Oct. 15, the keys to the Walden Studio will be available to be checked out by faculty, staff and students on weekdays from 9 a.m. to 5 p.m. The keys can be checked out through the English department in Humanities Hall 201 by leaving a Montevallo ID card. Inside the cabin there is a desk, mediation mat and bench and a library highlighting nature writing, philosophy and poetry. Featured around the outside of the cabin are only native and sustainable plants from Petals of the Past, a local plant nursery.

Starting off the ceremony, Dr. Alex Beringer, a professor of English at the university, first paid tribute to the history of injustice on the land where the cabin sits. He acknowledged that, prior to the 19th century, the land was inhabited by Creek Indians. After the Creek War, the land was signed over to the United States with the Treaty of Fort Jackson in 1814. The Trail of Tears forced the Creek Nation to leave their land in 1832, and then the land fell into the possession of the university. A lake was constructed in 1951.

Beringer continued to talk about the name and purpose behind the Thoreau Cabin. The Walden Studio was modeled after the same cabin design in Thoreau’s book “Walden,” which is the central image of his book.

Beringer said The Walden Studio is meant to be a space dedicated to quiet reflection and creativity. “The studio is based on the same floor plan as the cabin of nature writer Henry David Thoreau, who advised that self-discovery comes from a singular relationship with nature,” he said.

Beringer recounted the story of the idea for the Thoreau Cabin. Three years ago, Beringer and Dr. Stefan Forrester were at Main Street Tavern planning a course on transcendentalism when Dr. John Stewart walked by and asked them what are they discussing. They explained they were in the process of writing a course on 19th century thinkers, exploring one’s own thoughts and pursuing solitude. Stewart suggested that the university should build a Thoreau cabin. Beringer joked that he knew where to get the floor plans.

The dedication ceremony continued with a reading from senior environmental studies major, Madeline Lasseter, who read, “Where Lived and What I Lived For” by Thoreau.

Forrester then enlightened the audience on the major philosophies behind some of Thoreau’s quotes. He briefly discussed two main concepts of solitude and hope. He explained how solitude is never being completely alone but alone with oneself. He explained nature is a constant companion especially when one is “alone.” Forrester concluded with his original poem, “Thoreauvian Ode.”

Dr. Ashley Wurzbacher talked about the environmental narrative course she is co-teaching. She explained it is an interdisciplinary class for environmental studies and creative writing, where students study literature that engages with pressing environmental issues. Students complete a semester-long research project on an environmental problem of their choice, integrating their research into a work of original fiction.

Wurzbacher explained that the goal of the class is to, “leave our students with an informed appreciation of the ways in which the arts and sciences can be brought together to make urgent environmental issues accessible to a broad audience and inspire meaningful action.”

Wurzbacher then went on to introduce group a of students from her class who would be presenting readings. Christian Cline, a senior Environmental Studies major, read an excerpt from “Asters and Goldenrod” by Robin Wall Kimmerer. Kimmerer is a botanist who used intersection of science and tribal knowledge in her growth and development. She traces her interest in botany back to the aesthetic of bright yellow goldenrods and purple asters growing side by side.

Madeleine Bell-Colpack read “Dogfish” by Mary Oliver, a poet who won a Pulitzer Prize and National Book Award. Oliver explored the relationship between human beings and the natural world. Copies of both Mary Oliver and Robin Wall Kimmerer’s works are featured in the Walden Studio library.

Ravan Mullins read an excerpt from “Song of Myself” by Walt Whitman, which showed Whitman’s love for the outdoors and all its creatures.

Dr. Jim Murphy, a professor of English at the university, announced a new scholarship endowed to the university courtesy of Loretta Cobb in memory of her husband Bill Cobb. The Cobb Scholarship is dedicated to writing students. The full details of this scholarship have not been released.

Next, Beringer discussed the donations that made the Walden studio possible. Funding came from James Babcock, but additional support came from the University of Montevallo Department of English and World Languages and the Green Fund. A special thanks was given for the Founder’s Day committee, Walden Studio committee and Physical Plant for making it possible.

To close the ceremony, Beringer asked everyone to close their eyes and listen to nature as Thoreau implores people to do in Beringer’s favorite chapter, “Sounds” from Thoreau’s book “Walden.” After a moment of silence, Cody Hodge read “Sounds” by Thoreau to conclude the ceremony. 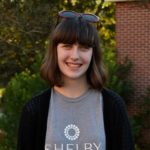 Samantha Cost is a writer for The Alabamian. She is a freshman mathematics major and her hobbies include playing the piano, hiking and thrifting.