The Montevallo City Council approved two new ordinances at their Nov. 8 meeting. Both were introduced at the group’s prior meeting on Oct. 25.

The first ordinance prohibits through-traffic for trucks on roads within city limits, maintained by the city or under the regulatory authority of the city within the designated area of County Road 216 from Alabama Highway 25/155 and Spring Creek Road. This ordinance only applies to trucks with more than two axels and would not apply to trucks making deliveries to residents in the designated area. Additionally, it does not apply to Highway 119 through town as it is maintained by the Alabama Department of Transportation, not the city.

The second ordinance established a no-parking zone on the east and west sides of North Boundary Street from Valley Street to Oak Street. This measure was unanimously approved, but Montevallo resident Bobby C.P. Pierson expressed concerns that this will not resolve parking issues along Boundary Street. He asked if the council has considered extending the no-parking zone to Main Street, saying that the current ordinance is just “kicking the can down the road.”

Mayor Rusty Nix replied that the city has considered extended the no-parking zone to extend to Main Street, but that they want to enforce the ordinance on one area first.

Council member David King shared Pierson’s frustration with the parking situation along North Boundary Street, saying, “There’s times when you just can’t get through there,” but agreed with the ordinance’s implementation on the specified block.

Council member Kenneth Dukes asked when the ordinance would go into effect. No exact answer was given, but Nix did confirm that the city already has the no-parking zone signage that would need to be installed.

City clerk Steve Gilbert also responded, “Our agreement with the university was that they would write warning tickets for a week there and I’ve also spoken with chief about that. And so, they will send out a notice to all students that there is no longer parking along that section of North Boundary Street, but we will be issuing warning tickets for a period of one week after the signs are installed. After that there will be citations issued.”

The council also discussed issues with a group of stray dogs in the Indian Highlands subdivision. Montevallo resident Joyce Sherer shared that she heard a man, who was walking his dog in the subdivision, say the stray dogs tried to attack him and his dog.

Council member Sonya Swords confirmed that there have been recurring issues with these stray dogs, saying, “They were outside my property at 7:30 this morning. Same ones.”

“The dogs have continued to be an issue in the Indian Highlands area, and others, I’m sure. I witnessed residents walking with their children carrying bats and sticks for their own protection from the animals. It has been an ongoing problem,” Swords went on to say.

This sentiment was shared by Montevallo resident Sherry Paladis, who suggested killing the dogs.

“And if the humane society gets upset about it, then say, ‘Well, you should’ve gotten over here and taken care of it yourself then.’ But just kill them, one way or another. Before somebody is actually seriously injured — a child is attacked or, I mean, you know,” she said.

Paladis went on to say, “I’ve had pets and all that. I understand the love of dogs and everything, but this is not exactly someone’s pet that’s misbehaving apparently.” 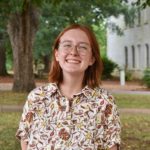