The Montevallo Junior City Council took their oath of office at the Montevallo City Council’s Oct. 11 meeting. This led to backlash from some MJCC members, as tension remain between the group and Mayor Rusty Nix due to his decision to remove MJCC’s representative seat on the council dais.

Members of the MJCC repeated an oath of office lead by Nix. Each member was then awarded with a signed copy of the oath and their City of Montevallo lapel pin.

The oath of office for the MJCC occurred after weeks of disharmony between the MJCC and the Montevallo City Council. Junior Mayor Olivia Gilbert addressed Mayor Nix following the oath.

“I want to let you know that we are watching you very closely, and we are seeing every decision and move that you’re making,” said Gilbert, regarding the MJCC.

Gilbert reminded Mayor Nix that many of the MJCC are coming of age to vote, either now or in the following months. She said,“Mr. Mayor, if you cannot support us, then we cannot support you. If our voices cannot be heard, then we will make sure our votes are counted.”

“If you get your way Mr. Mayor, whether tonight or in the future, and remove the Junior Mayor from our seat, I will no longer expect you to participate in our projects or attend our meetings, not that you ever have, even though you’ve been invited,” said Gilbert.

“We will continue our projects and our work without you… This is important to us, and we are watching,” said Gilbert. “We know that you’re busy, so are we. We take college level classes, and work on the weekends and volunteer for the MJCC. And lead Z-club and future business leaders and future teachers. And we cheer and play in the band and play football and apply to college and do hours of homework. But we also, above all, fight for what is right.”

The mayor then opened the floor for citizens to address the council.

Dani Blake, a new resident in Montevallo and a member of the MJCC approached to address the mayor.

“Signing that piece of paper tonight, with your signature on it, Mr. Mayor, with all respect, I don’t believe you deserve to be on that paper,” said Blake. “As we do everything we can for the city as children, we don’t believe you try to help us at all.”

“Our voice isn’t heard when we aren’t seated up there,” said Blake, regarding the junior mayor’s seat on the dais. “We’re seen as children in your eyes but in everyone else’s, we’re young adults. We’re gonna be up there someday on the dais.”

Michelle Pollack, a citizen of Montevallo said, “When I started researching all that the MJCC does, I was really surprised to learn everything that contribute to this community… I think the seat on the dais is important because it’s a recognition and affirmation by the adults on the council of the value that this group brings to this community… It’s just so wonderful to see young people so actively involved in civic activities.”

A council vote on whether the junior mayor will continue to have a seat on the council dais did not occur at this meeting. It was not confirmed when it will occur.

The council also heard from Thomas Bagley who represented Bagley Properties on adjusting plans for the Amersee Lakes subdivision Sector 3. The subdivision was originally 115 lots but will be cut down to 109 lots.

Multiple citizens came forward with their concerns on the Amersee Lakes subdivision. Many were concerned about the wetlands near the subdivision and how they’ve already impacted construction.

“There’s no construction entrance. You have all of this heavy traffic,” said Hirt. “There’s no sidewalks when you come in. You’ve got two school buses a day going in and out with young children. You’ve got children that are deaf, that can’t even hear a horn walking in the middle of the street because they’ve got no other place to walk.”

Bagley Properties plans to put in sidewalks with the added lots.

Another citizen, who did not share their name but claimed to have experience in real estate, said the Amersee Lakes subdivision was “one of the worst they’d seen.” They also alleged that the subdivision violates the flood division ordinance, the land disturbance ordinance and the zoning regulations of Montevallo. They also shared that it violates the Clean Water Act, the Pollution Prevention Act and the Safe Water Drinking act.

The council ultimately approved the construction in the subdivision. Councilperson for district 1 David King said, “I do think our citizens do have some legitimate concerns, but I don’t see how that pertains to this. This is just approving them to shrink their sizes… But I would love for us to really put our eyes on this and make sure the citizens in Amersee get a fair shake.”

The next city council meeting will be held Monday, Oct.25 and will be available to be viewed virtually on the city of Montevallo’s Facebook page. 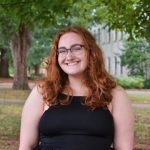