With businesses eager to return to whatever post-COVID normalcy may currently exist, a wave of labor movements has spread across the country. These labor movements gained traction in the face of increasingly exposed labor exploitations, a post-COVID labor shortage and the growing awareness of the value of labor.

America is currently experiencing one the largest labor shortages in recent years. With nearly 9.3 million jobs listed as of April 2021, according to the Bureau of Labor Statistics, employers are struggling to hire new employees. The question then arises: why?

There are numerous answers to America’s ongoing labor shortage. From the nearly 740,000 deaths due to COVID-19, to the lack of a minimum wage increase for 12 years and the plague of meaningless jobs, people don’t want to provide high-risk labor that they feel is pointless for a starving wage.

Among the hundreds of thousands of deaths due to COVID-19, a California study found that essential workers were among the highest of mortality increases, compared to previous years. While this study strictly looks at California death certificates, it supports the general presumption that essential workers – workers who have been forced to continue to work in-person during the pandemic – have been affected the most.

It’s logical to assume that if you are an in-person, essential worker, you are at an exponentially higher risk of becoming infected and dying from COVID-19. With this assumption, and the 740,000 COVID-19 deaths, no wonder so many employers in sectors like food service are having difficulties hiring.

It’s not that people don’t want to work. It’s the fact that the inherently exploitative nature of our economic system has forced thousands of our workers to work themselves to death. Their options are to either work a low-paying job that consistently exposes them to COVID-19 and risk hospitalization, or to quit working and starve.

Regardless, if an essential worker is able to avoid contracting COVID-19, and continued to be employed, they are likely being paid between $7.25 and $15 an hour. According to The Brookings Institution, a non-profit public policy and research organization, nearly half of all workers making less than $15 an hour are considered essential.

These are workers that have been consistently established as the backbone of our country’s labor force while they sacrifice their lives for our consumption and production. Some of these occupations include jobs that, before the pandemic, some would never consider essential, such as grocery cashiers, line cooks and food workers, maintenance workers and farm workers. Without them, our culture of consumerism and everyday luxuries would collapse.

$7.25 is not enough for the people who support our economy the most. Any worker who works 40 hours a week should not be living in poverty, nor being forced to work more than one job. If wages increased with inflation the minimum wage would now be $24 an hour. If the minimum wage was raised to $15, let alone $24, the Congressional Budget Office reported that nearly 27 million Americans would be affected, and that 900,000 people would be lifted out of poverty.

The lack of a $15 minimum wage also comes in the face of billions of dollars that corporations made during the pandemic. The billionaire class made an estimated $2.1 trillion of wealth during the pandemic, according to Forbes data analysis done by Americans for Tax Fairness, and the Institute for Policy Studies Program on Inequality. This occurs after millions of lost jobs and thousands of people experiencing starvation wages during the pandemic.

Another factor of America’s labor shortage is the concept of “bullshit jobs.” According to anthropologist and professor David Graeber, there are millions of people who are working meaningless, useless jobs, and they are aware of it.

He argues that we are at a point in technological advancements that most of the difficult, labor-intensive jobs can be automated. Instead of automation and the elimination of the burden of a 40-hour work week, we have been determined to oversaturate our economy with “bullshit jobs” that serve to be essentially useless and devoid of any satisfying meaning to the people working them.

The way Graeber defines “bullshit jobs,” is if we were to eliminate them, our world would continue to spin. “Bullshit jobs,” said Graber, “are jobs which even the person doing the job can’t really justify the existence of, but they have to pretend that there’s some reason for it to exist. That’s the bullshit element.”

This alienation of labor and feeling of a lack of meaning in jobs does nothing to help our current labor shortage. When workers feel as though their jobs are meaningless, are being paid less than what is necessary to survive and are expected to sacrifice their lives, a labor shortage is inevitable.

It is to the benefit of those in the top 1% to continue the trend of exploitation. If they can ensure a job-market that forces people to work meaningless jobs, force them into unemployment and make it unprofitable for politicians to pursue public-good legislation, they will continue to exploit Americans and increase their wealth to the trillions. They will continue to exploit our country and the people who serve the backbone of our economy until there is nothing left. 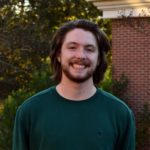