I watched “The LEGO Movie” last week feeling somewhere between excitement and dread. Despite the glowing feedback I had heard from friends who had already seen the film, I found it difficult to budge from the reaction I had when I first heard that production had started: Meh.

Don’t get me wrong — I stepped on my share of LEGO building blocks in my childhood and have even played several of the LEGO video games, but an entire movie? At that point, I branded it as consumer nonsense and forgot about the whole enterprise, yet there I was at the movie theater with my ticket in hand.

Thankfully, the movie completely exceeded my expectations. Although the film is obviously geared toward a younger demographic, it provides a visual experience that is delightful for people of all ages.

The visual landscape is flushed with color and the intricacy of the LEGO constructions is eye-catching. The complexity of the scenery can be distracting at times, but I found myself surprisingly OK with this.

The plot is relatively basic — the main character, a generic LEGO construction worker, suffers through an even more generic existence, longing for friends and a significant role in his community. After finding a mystical artifact, he is given a quest that gives his life meaning and comrades who help him along his journey.

This story, which I lovingly refer to as the zero-to-hero archetype, is predictable. It’s pretty clear that the character will undergo a radical transformation much like the titular hero of “Hercules.”

“The LEGO Movie” escapes predictability, however, by populating its world with interesting characters that take the audience back to the typical childhood experiences with LEGO playsets. Pop culture icons such as Batman and Superman make appearances, as do original characters like Lord Business, the anal-retentive dictator of the LEGO world who wants everything to be perfect.

The variety of characters keeps the energy of the movie high, although certain characters start to look one-dimensional after a while. For example, the actor voicing Batman imitates Christian Bale’s portrayal by speaking with a gravelly voice. While it adds humor to interactions when he is first introduced, it becomes a bit boring as the narrative proceeds.

If the only information you have about “The LEGO Movie” comes from your involvement with the popular children’s toy, I understand if you feel reluctant to see the film. I will say, however, that age was not as significant of a barrier to the movie as I thought it would be.

Even if the characters appear stale at times, the film is still a wonderful experience. If anything, it gives the audience an opportunity to reminisce about any experiences they may have had with LEGO toys. 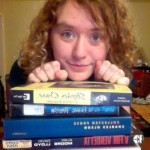