The anthology provides self-contained stories that take place within the Star Wars universe but are stylized through the efforts of seven animation studios. Lucasfilm Vice President of franchise content and strategy, James Waugh, said that “We really wanted to give these creators a wide creative berth to explore all the imaginative potential of the Star Wars galaxy through the unique lens of anime.”

The first episode, titled “The Duel,” was produced by Kamikaze Douga and is a tale of a mysterious samurai helping a village. The animation style is 3D CGI, reminiscent of “Berserk,” from 2016. The episode is “told in black and white with splashes for color for certain elements — like lightsabers” according to director Takanobu Mizuno. The visuals provide a feudal Japanese aesthetic and enhance the samurai atmosphere similar to an Akira Kurosawa film, which is fitting given the original “Star Wars” film was inspired by Kurosawa’s “Hidden Fortress.” Despite the unique art direction, “The Duel” comes across as visually rough and its story pales in comparison to other episodes. However, the protagonist’s dark-side nature is a refreshing spin upon the archetypal wandering hero.

“Tatooine Rhapsody” produces a contrast from the first episode with its lighter tone and soft visual style. Animated by Studio Colorido, it tells the story of a band that struggles to stay together by rescuing a fellow band member from the clutches of Jabba the Hutt. This episode stands out from the rest due to its use of established characters from the rest of the franchise, like Boba Fett. Overall, its narrative and especially its resolution pales in comparison to later episodes.

“The Twins” by Studio Trigger marks the third episode in the anthology and is one of the stand-outs. The narrative focuses on a feud between twins that are powerful in the force. The action sequences are stunningly beautiful and the colorization mixed with the linework produces an almost 3D effect. The episode focuses on over-the-top spectacle as opposed to maintaining logical coherence as the twins battle within the vacuum of space on top of a star destroyer. The final shot of the episode reveals the protagonist in a desert along with two suns as a callback to a shot from the original “Star Wars” film.

Kinema Citrus animated the fourth episode titled “The Village Bride.”  In this story, a female jedi wielding a samurai-styled lightsaber, steps in to help a village after becoming familiarized with the local culture. The protagonist could have used further development as her background was not fully explained but these episodes are restricted by their runtime and self-contained nature.

“The Ninth Jedi” is animated by Production I.G and tells the story of force users assembling to receive lightsabers from someone who wishes to restore the jedi. Unlike previous episodes, this one opens with a narration to provide context and it also employs a significant twist in which most of the force users are revealed to be Sith acolytes. This episode introduces the unique concept of tempered lightsabers that match the user’s connection to force which affects the color and length of the blade.

One of the best episodes in the series is “T0-B1” by Science Saru which tells the story of the child-like droid T0-B1 who dreams of becoming a jedi. The character design is a clear homage back to Tezuka’s “Astroboy” and the kawaii art style of the droids mixed with the frozen white aesthetic is mesmerizing. The lore implications of a droid using the force are puzzling but the tale is so heartwarming that this gripe is negligible.

The seventh episode is done by Studio Trigger, but contrasts their previous episode “The Twins” by taking a slower-paced approach. This episode focuses on developing the relationship of the jedi protagonists and their investigation on a planet that leads to an encounter with a dark-side force user.  The villainous elder boasts a fantastic design that is accompanied by sinister yellow eyes and teeth. The narrative’s message about the elder’s ultimate defeat being due to the passage of time is brilliant and builds on the mystery of what the villain may have once been like in his prime.

Family ties are put to the test in Geno Studio’s “Lop & Ochō,” the eighth episode in the anthology. The endearing protagonist Lop is adopted into a family and, after a time-jump, is put into a political conflict involving members of her family. The story portrays a message of loyalty and how blood is not a defining factor of family. The world the story is set in has a unique cyberpunk or cross-cultural aesthetic reminiscent of “Ghost in the Shell.”

The final episode, titled “Akakiri” is by Science Saru and is one of the most visually distinct episodes in the anthology. It is the darkest episode on a narrative level as it subverts the audience’s expectations through a twist ending in which the jedi protagonist falls to the dark side and joins the villain in order to save the woman he loves. This shift in character is reflected visually as all the imagery becomes bathed in red during the episodes final moments. “Akakiri” is a dark but powerful way to close the anthology.

“Star Wars: Visions” was a wonderful opportunity for Disney to expand upon the “Star Wars” universe by bringing in foreign talent and fresh ideas. Despite utilizing very familiar concepts from the franchise, the new stories told by these studios were refreshing and hopefully there are more of them to come in the near future. 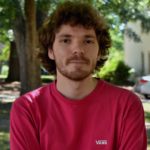