Last summer, the Supreme Court handed down a federal ruling with United States v. Windsor that said that the U.S. government denying a same-sex couple the same rights as an opposite-sex couple violates the Due Process Clause of the Fifth Amendment to the U.S. Constitution.

The court did not weigh in on the constitutionality of state same-sex marriage bans. Since then, the federal government has expanded benefits to couples in states that do not recognize same-sex marriage, but significant progress has trickled in Alabama — until now.

Thanks to Alabama Amendment 774, otherwise known as the “Alabama Sanctity of Marriage Amendment,” which passed at an 81 percent approval rating in 2006, same-sex marriages cannot be performed by a state official and recognized out-of-state by the government.

Seventeen states, the District of Columbia and eight Native American tribal jurisdictions have legalized same-sex marriage as of Valentine’s Day 2014.

The are more than 30 states, including Alabama, that do not formally recognize same-sex marriage. 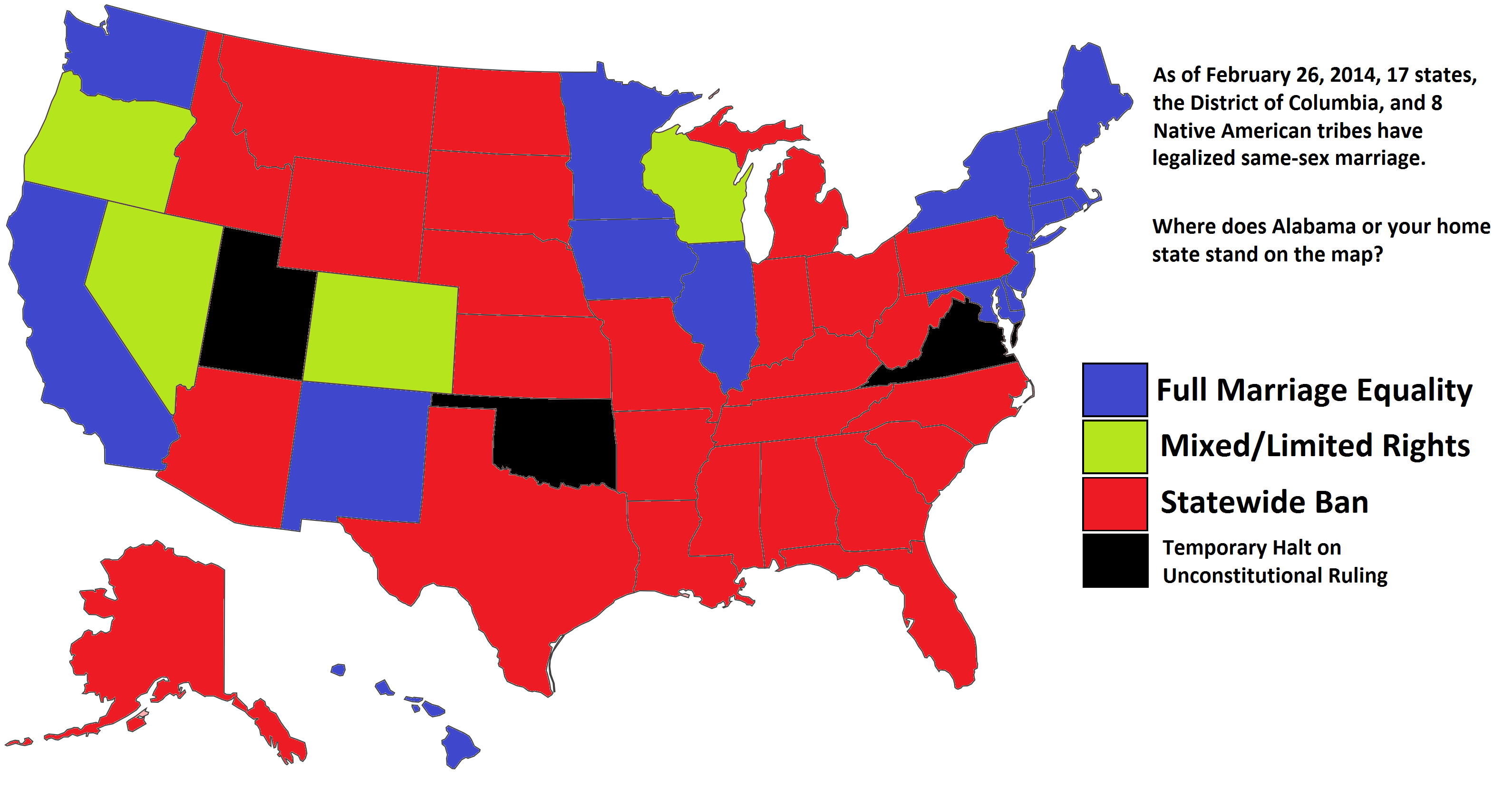 The state of Alabama has been dragged kicking and screaming into this fight with a hefty and widely publicized lawsuit announced two weeks ago.

The lawsuit challenging the constitutionality of the ban is Hard v. Bentley, et al., backed by the Southern Poverty Law Center (SPLC), a legal aid and education organization headquartered in Montgomery.

“Alabama has created two classes of marriages within its borders and deemed one of those classes — marriages between people of the same sex — to be inferior to the other,” said David Dinielli, SPLC deputy legal director. “This is unconstitutional.”

The man suing is Paul Hard. Hard is a university professor from Montgomery who is suing the state of Alabama over their refusal to recognize his marriage to his late husband David Fancher. Fancher was involved in an early morning car accident caused by an overturned delivery truck and was pronounced dead shortly after in August 2011.

Not only was Hard not allowed to see his husband at Prattville Baptist Medical Center but he was also not mentioned as the widower during Fancher’s funeral. Hard was involved in a separate lawsuit with the delivery company whose truck caused the accident, but he could not share in the settlement reward because Alabama does not recognize him as the sole beneficiary of his husband’s estate — despite a will that states otherwise.

In the legal complaint made available on SPLC’s website, Hard claims in Hard v. Bentley, et al. that the Alabama Sanctity of Marriage Amendment violates his Fourteenth Amendment right to due process (similar to the Fifth Amendment clause one argued in United States v. Windsor). In theory, Alabama cannot deny him what the U.S. federal government already allows: an equal marital status and the benefits that come with it.

“I was David’s spouse in every regard when it came to paying the bills, arranging his burial, picking out the marker, everything that mattered,” Hard said. “Southerners are generally good-hearted people and will recognize when a person is being unfairly treated in life’s worst moments. Marriages are significant, and my marriage is due the same respect as any other.”

Supporters of Amendment 774, such as Alabama Speaker of the House and noted Republican Mike Hubbard, publically backlashed against the lawsuit, calling it an attack on traditional marriage.

“This lawsuit is part of a coordinated liberal agenda that is designed to erode the conservative Alabama values that the citizens of our state hold close to their hearts,” said Hubbard. “By an overwhelming vote in favor of the Sanctity of Marriage constitutional amendment, Alabamians strongly signaled their belief that marriage in our state exists only between a man and a woman.”

It is unknown when the case will go to trial in federal court as Hard and his SPLC defense team were at depositions recording testimonies on Feb. 20.

This story will be continued and updated with a firsthand interview with Paul Hard and the Southern Poverty Law Center in a later issue of the Alabamian. 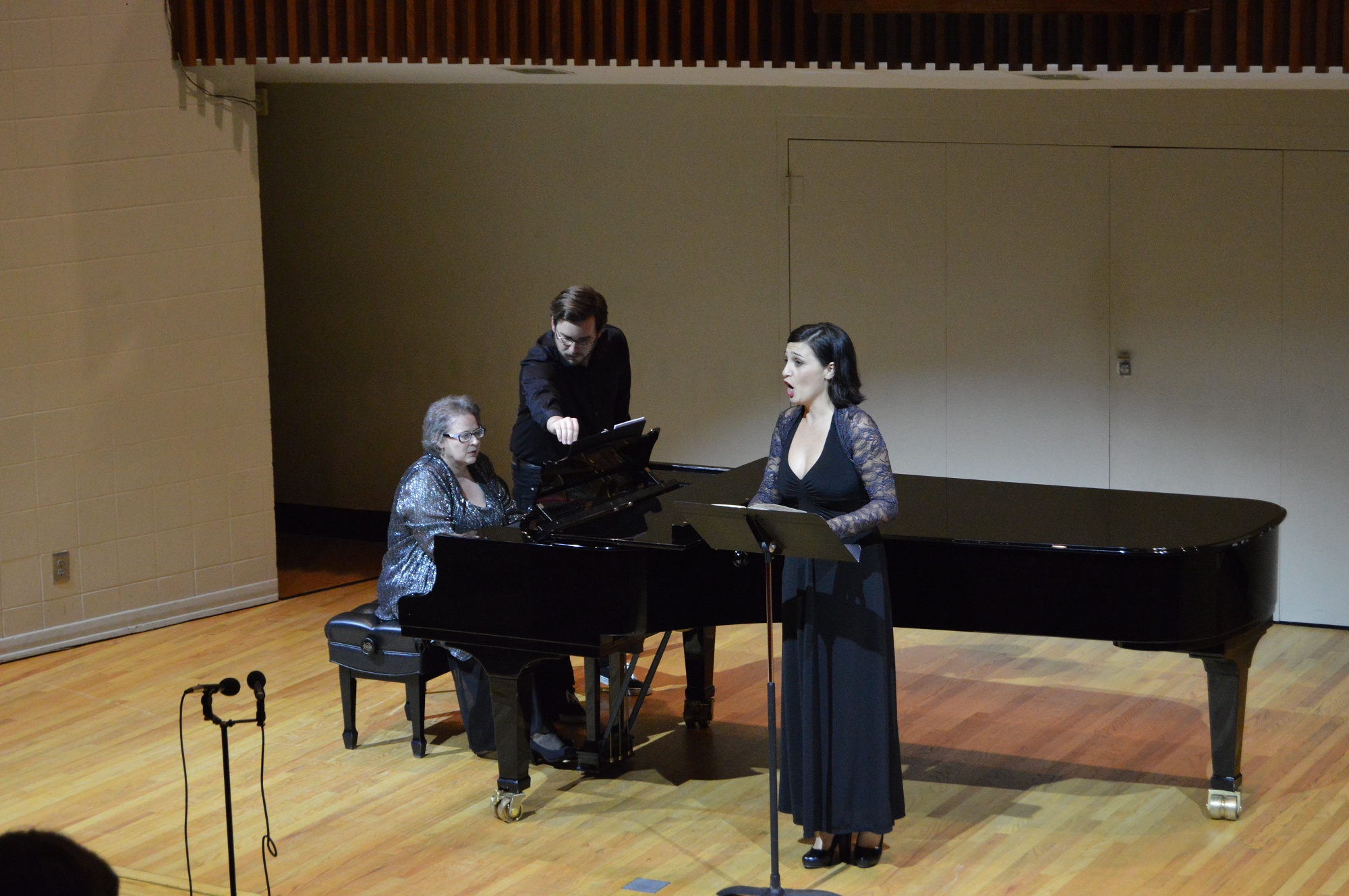 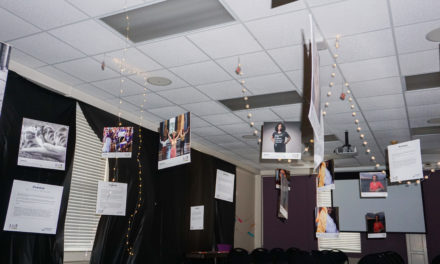