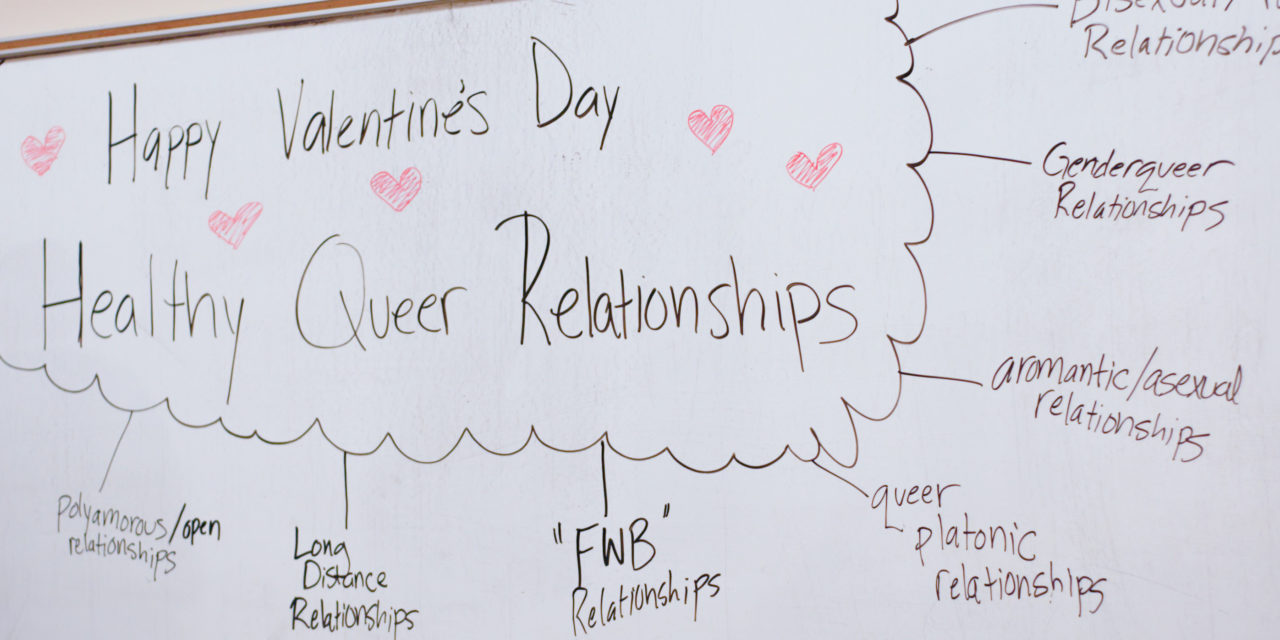 This meeting was an opportunity for members to discuss queer relationships and their many forms. Photo by Mercury Sapp

For Valentine’s Day, UM’s gender/sexuality alliance student group, Spectrum, met to discuss a relevant topic: healthy queer relationships. Members gathered to talk about their own relationships and to consider how to maintain healthy standards in those relationships.

The discussion began with the subject of bisexual and pansexual relationships, something that Vice President and freshman Grace Bagwell had a lot to say about. She talked about how, because she is in a relationship with a man, her bisexuality is often invalidated.

She brought up the term “heterofronting” to describe her relationship. Essentially, it’s when a relationship appears straight to people in passing, but one or more of the parties involved are actually queer.

This can be uncomfortable for some, but Grace said that “when [she’s] in a relationship that can be perceived as straight, it offers some degree of safety”; whether heterofronting is a bad thing or not depends on how you look at it and who’s involved.

Relationships with more than two people involved, called polyamorous relationships, were discussed near the end of the meeting. These relationships were described as one of the more complicated queer relationships. They can be a lot of different things, depending on how many parties are involved or who is involved with who.

Having more parties involved increases the need for communication. One person mentioned that “everyone should know when you get into one,” because it can be a problem in polyamorous relationships that someone may initiate a romance without letting their other partner know. Of course, depending on the size of the relationship, the omission may not be intentional, but that just means communication is even more necessary.

Many queer relationships discussed in the Spectrum meeting would circle back around to the topic of safety. Montevallo’s campus itself was brought up halfway through the meeting.

It seemed to be universally agreed upon amongst the club members that the University of Montevallo was a safe campus for queer people and relationships. Spectrum President and senior Erin Green described it as “a rainbow barrier around campus,” making queer people and topics more comfortable existing.

The final topic for the night was dating apps. Being in an area where the dating pool is rather small, as is the case for a lot of queer people, many turn to dating apps.

President Erin Green talked about his lengthy history with dating apps, and he stressed that they need to be handled carefully. He emphasized that it’s difficult to get an actual relationship out of it, let alone a healthy one. Users need to be cautious when interacting with the people on the apps.

Communication remained another emphasized factor during the meeting. Whether a relationship is queer or not, the meeting highlighted the importance of communicating efficiently with a partner and ensuring that everyone involved is comfortable at all times.

The Spectrum meeting ended on a good note; those in attendance left a little more knowledgeable about healthy queer relationships than when they entered. For those curious to hear more, Vice President Grace Bagwell recommended a webcomic called “Boo! It’s Sex” for additional information about healthy queer relationships that couldn’t get discussed in the time allotted for the meeting. 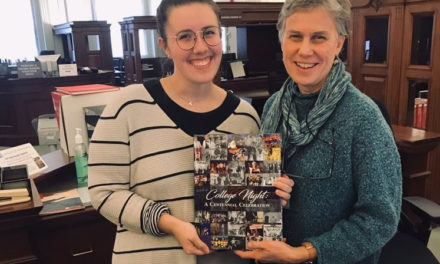 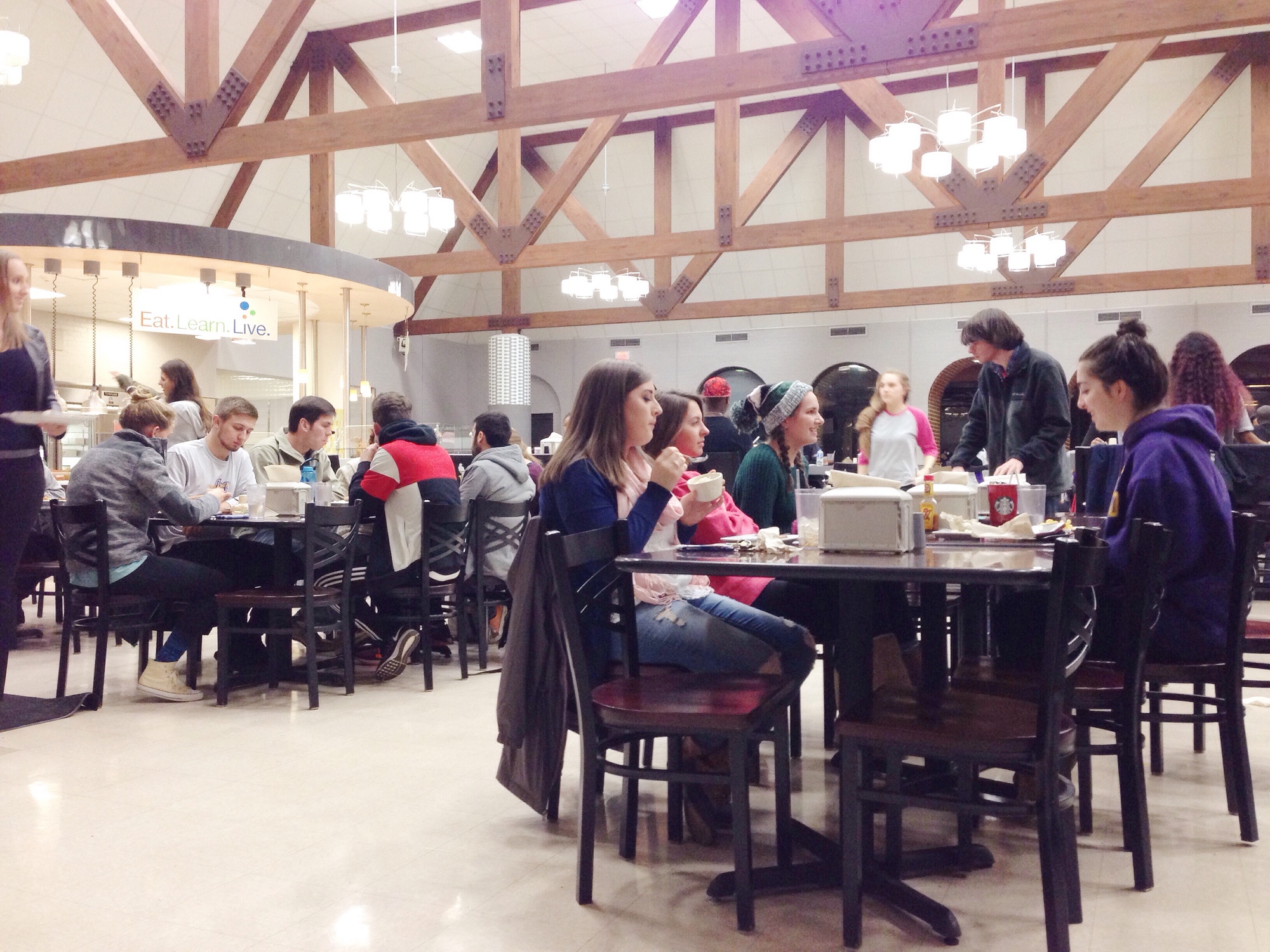