Like the rest of the UM community, SGA has had to work to adapt to the necessity of distance communication.

Since the SGA was unable to meet in person, the senate met via zoom this past Wednesday. Twenty-six SGA members attended the meeting. Senate Clerk, Zoe Scott recorded attendance as normal, though Madison Hollon, SGA VP, stated that they understood if people couldn’t make it.

“We’re going to be pretty lenient on absences,” said Hollon.

Before the meeting officially started, SGA President Olivia Eldridge took a moment to say that she had been in contact with the UM administration and that they had taken note of the petitions circling for refunds for on campus expenses and were discussing it.

As the Senate meeting kicked off, Hollon reminded senators that the newly elected senate would be taking over on April 22, so April 15 will be the last meeting with the current senate.

Another change that has occurred with the switch to an online format is that committee meetings will not be held, though Hollon highly encouraged senators to communicate ideas with each other and consider possible legislation.

Regarding old business, the bill to extend the SAC’s hours was cancelled due to campus being closed.

“You guys should definitely go after it next semester,” said Hollon. “It’s a great piece of legislation,”

The senate moved on to new business, and Bill: 1920-B-038, Allocation of Funds for the Creation of an Electronic Constituent Report System, was brought to the floor.

The purpose of this bill would be to install an 8-inch Amazon Fire HD tablet and a locking tablet floor stand in Carmichael Library so that students could file constituent reports online. The total cost is estimated to be $188.08. The cost would be made up entirely of cost of purchasing the tablet and stand since it’s installation would not require any new expenses and would be completed by the physical plant.

The current plan is to place the tablet in the basement of the library.

The tablet in the library would not remove constituent reports, but would instead serve as a way of making reports more accessible to students.

This is essentially a trial run. If the senate views it as a success then they may install more tablets in other locations.

The bill was tabled until next week. 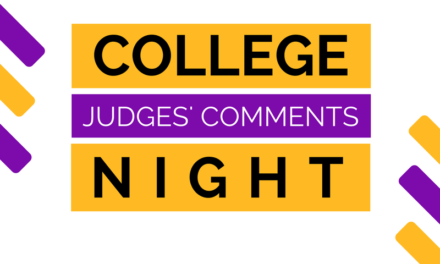