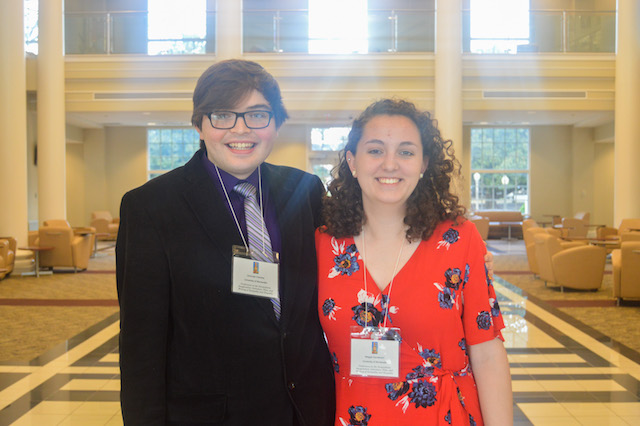 On Feb. 23 and 24, University of Montevallo students Maggie Sanderson and Donovan Cleckley travelled to Troy University to participate in the Association of College English Teachers of Alabama conference.

Sanderson, a sophomore, was there to receive an honorable mention for her essay “Meanwhile Back at the Ranch: Menippean Satire in The Crying of Lot 49,”  which had been entered for the Mary Evelyn McMillan Undergraduate Writing Award.

Donovan Cleckley, a junior, participated in the conference by presenting his paper, “‘Telling the Truth About My Own Experiences as a Body’: Virginia Woolf as Both a Writer and a Survivor of Sexual Violence.”

“The ACETA individuals who selected it most likely chose it because it focused on empathy and compassion toward women who have experienced sexual violence,” Cleckley explained, “The theme of the conference was based on sympathy and empathy as developed through reading literature.”

While Cleckley submitted his paper and had it chosen by judges, Sanderson wrote her paper last fall in her English 203 class, taught by Dr. Beringer, who then submitted it for the award. “I was both pleasantly surprised to hear that he enjoyed the paper so much and that it had received an honorable mention from ACETA,” Sanderson said.

Sanderson attended the conference on Friday to receive her prize.

“The conference was excitingly official and very much a wish-fulfilling experience. There, I got a check and a handshake, as well as my award being announced,” Sanderson commented, “My two favorite parts were putting on my fancy laminated name-tag and the memories I made with my friend.”

“I absolutely enjoyed attending the ACETA conference this year!” Cleckley said about his experience, “Presenting my paper was exciting because I love writing pieces that relate to members of my audience and provide them with encouragement in their times of difficulty. Understanding survivors of sexual violence, for example, is just one case in which a paper can be both relatable and meaningful for people in an audience.”

Along with this, Cleckley took pleasure in presenting his paper and hearing other attendees points of view. On this, he said: “In terms of presenting on sexual violence, I particularly enjoy hearing how my analyses related to members of the audience. For example, one person in the audience commented on how interesting it was that I critiqued the usage of passive voice regarding the retelling of sexual violence cases and how language does indeed affect the perception of such cases.”

Congratulations to both Cleckley and Sanderson for their outstanding essays! 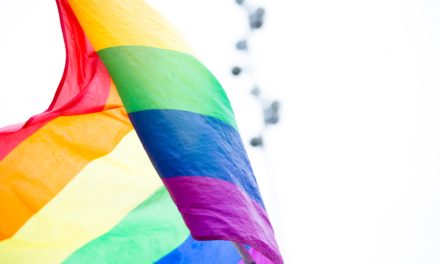 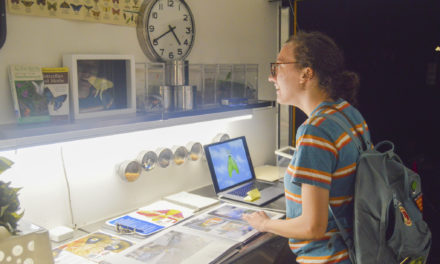