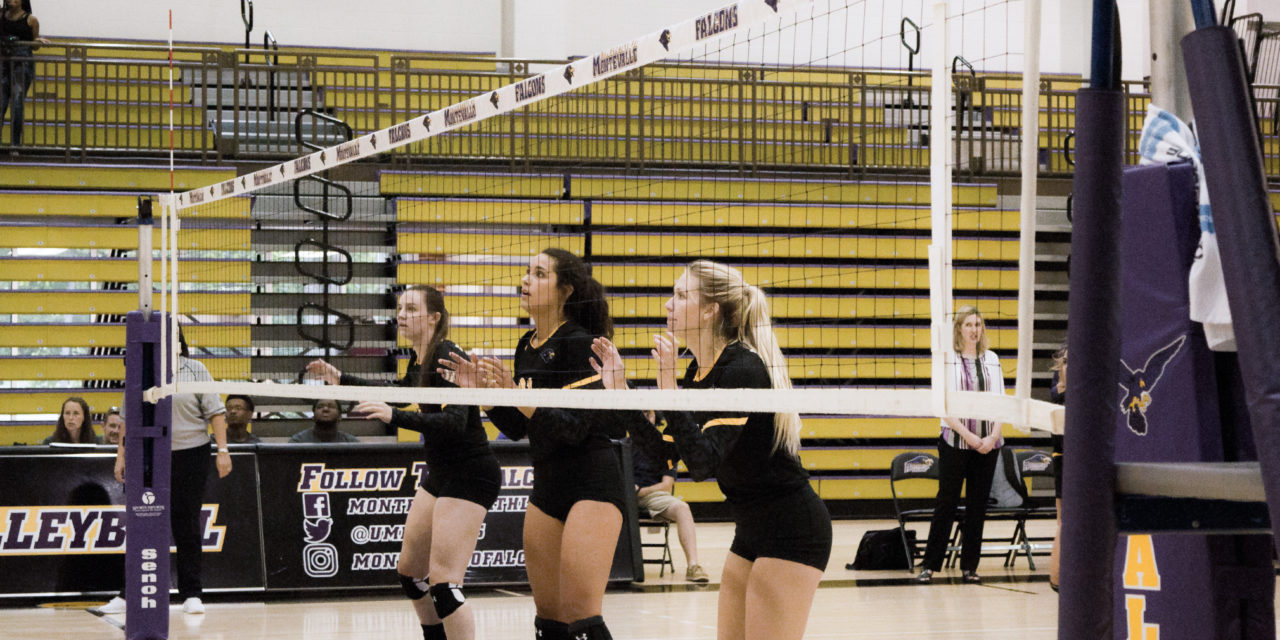 (From left to right) Danielle Lee, Hannah Fernandez and Brie Blume patiently await the opportunity to make their next move. Photo by Lee Baker

As college football season kicks off, you might find yourself wishing UM had its own team to root for on Saturday game days. For those in want of a sport worth taking to the stands for, though, you may be pleased to find out that you already have one, just not of the football variety.

Not only has the Montevallo volleyball season already begun, but the team is dominating the court. The Falcons are currently ranked first place in the Gulf South Conference, all thanks to the players’ efforts, as well as those of head coach Katie O’Brien.

The volleyball team opened their season in Augusta, Georgia, at the Jaguar Rumble on Aug. 25. They won two out of three away games against both the University of Mount Olive and Albany State University. Both games ended with a three-set sweep, with the Falcons claiming the first wins of the season.

The weekend wins were swiftly followed by yet another victory against Miles College on Aug. 28, marking a successful first home game. Numerous fans showed up to the Trademark Arena in order to support their team.

Once more, the Falcons dominated the visiting opponent in a three-set sweep. The team won the first set at 25-10, taking an early lead. The beginning of the second set was met with less success, with Miles College taking the lead by six points, but the Falcons quickly recovered, winning the set 25-15. The final set was quickly won at 25-8, bringing the match to a successful close.

Returning players, such as Brioni Dixon, Number 1, and Brie Blume, Number 11, were placed in the starting rotation alongside multiple new additions to the team. A notable athlete was Number 23, Amanda Nugent, who made significant kills throughout the match. Splitting the position of setter in half, Savannah Roys, Number 10, and Harley Masoner, Number 0, both provided multiple assists.

The volleyball team’s Coach O’Brien, proudly noted that every time the team plays they get better, stating that the win against Miles College was their best game of the season thus far.

“The good core returning and the new additions give us added depth,” said O’Brien. “I expect the team to work hard and reach their potential.”

In the coming weeks, several opportunities will be presented to the Falcons for this potential to be reached, with the players hoping for bleachers packed with fellow students to watch it happen.

The volleyball team’s next home game will take place at Trustmark Arena at 6 p.m. on Sept. 11, against Auburn University at Montgomery, with the following home game occurring at the same location and time on Sept. 21, against Shorter University.

Attending games is free with your student ID, and the Fighting Falcons app allows those attending athletic events to earn points and rewards. The app is currently available in both the Apple App Store for iPhone users and in the Google Play Store for Android. 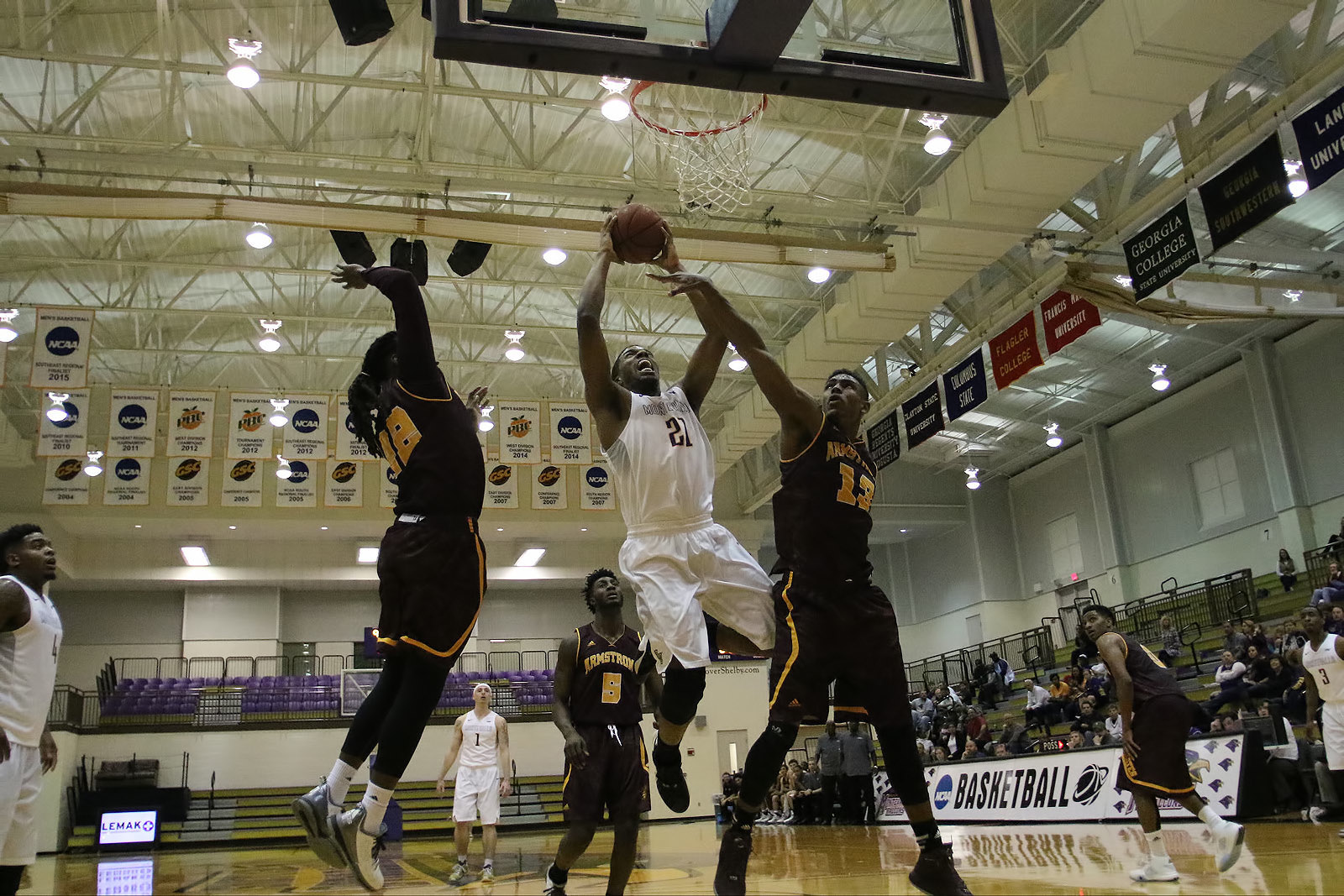 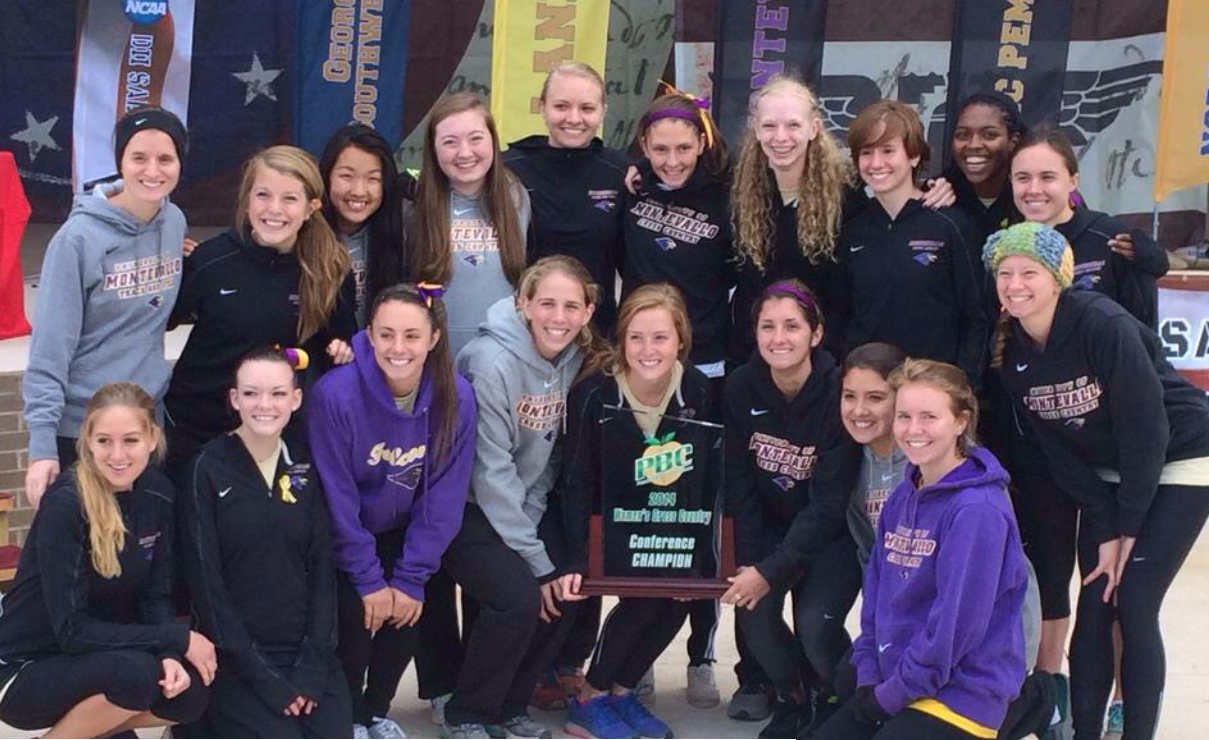 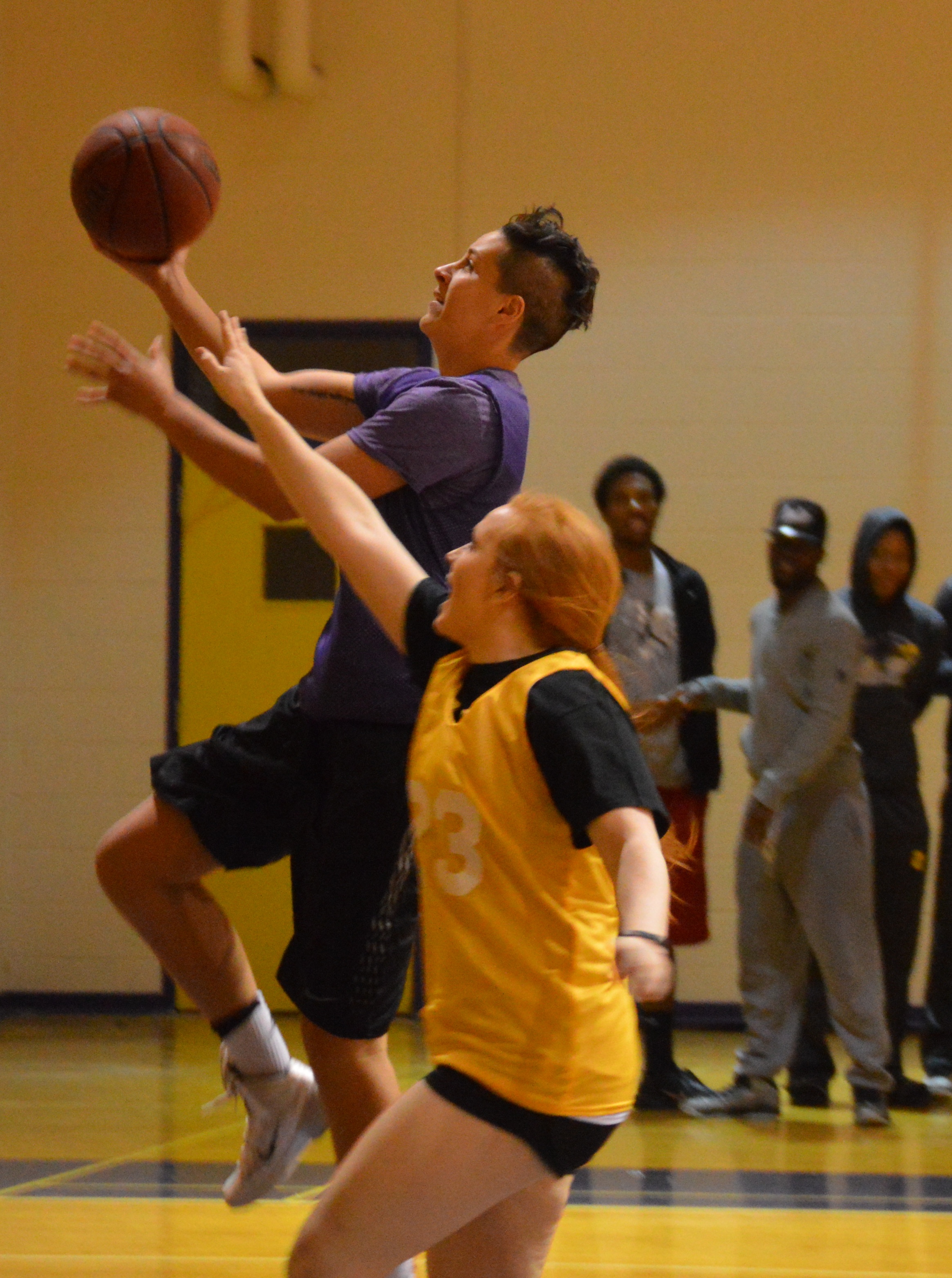