Three electronic bands will create a buzz at Eclipse Coffee & Books on Friday, Oct. 11. Two of the artists, Kuon Vee and Holly Waxwing, are currently students at Montevallo.

The man behind Holly Waxwing is Garrett Crosby, who recently launched his own label called Noumenal Loom. His debut mixtape, “Goldleaf Acrobatics,” is now out both digitally and on a limited 75 cassettes. “Sway alongside the succulence,” says a review of the tape on music site Tiny Mix Tapes, “[let it carry] you away to some beach resort on an alien world, a honeymoon among the stars.”

Drew Price’s Bermuda Triangle is headlining. Price recently released “Friends and Family” on local label Happenin’ Records. In an article by music site Consequence of Sound, writer Josh Pickard describes Price’s music as an “abstract take on pop music, a style that jumps genres and mixes influences with little foresight.” His tunes can be found on Spotify and Bandcamp and can be purchased via iTunes.

The Alabamian checked in with the three artists for a little pre-show insight ranging from music origins to favored snacks.

1. THE ALABAMIAN: How long have you been making music?
KUON VEE: It has actually only [been] a year more or less since I have been making electronic music, but I have always enjoyed the creation of music by other means like the guitar.
HOLLY WAXWING: I got really into playing guitar at about 12. But I started playing around with sampling and chopping stuff up in Garageband when I was 15 or so…my music became more compositional and complex then.
DREW PRICE’S BERMUDA TRIANGLE: I’ve been writing and recording music for about 7 or 8 years.

4. What is the significance of your name?
KV: Well the name just came from joke names my friend and I would call each other. The name actually has a persona, but I leave that out of the shows for the most part.
HW: I really like bird watching, and the Cedar Waxwing is my favorite bird. They like to feed on holly berries, and that is my favorite tree. Their skin has a sheen to it that I hope my music is reminiscent of, and it looks like their hair is waxed to a point. I want my music to have that crested/pileated vibe. I like that “Holly Waxwing” reminds me of Pippy Longstocking. I think the name’s playfulness fits my music, at least for now.
DPBT: I liked how the name sounded when I was 18. I write a lot of different types of music, and I seem to lose myself in these different attitudes and perspectives. I guess that’s the Triangle.

5. What would you like your audience to walk away with after the show?
KV: A classic feeling. Something nostalgic that speaks to the heart. Maybe possibly the feeling I feel when I’m playing the music.
HW: I would hope that this show, not just mine but the whole night, will get people craving more themed/curated shows. Also, I want electronic music to grow in the south. It sounds really good in this geography in my opinion.
DPBT: A glimpse of self worth. 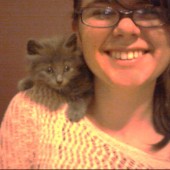 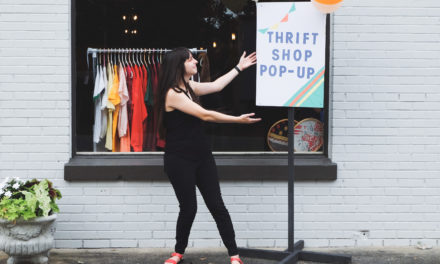 The bizarre life, death and legacy of “Flappy Bird”

The summer in country music